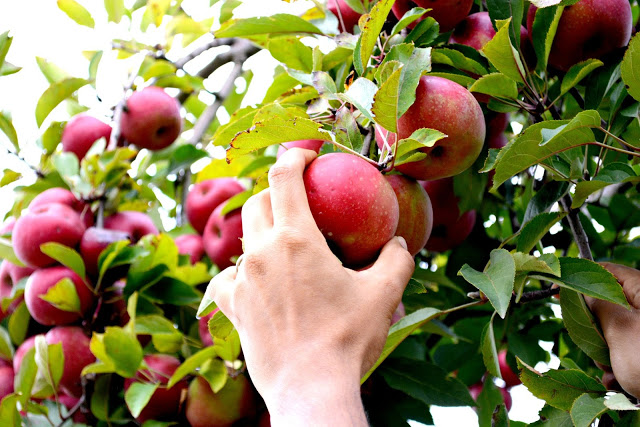 So guess what I did yesterday? I went apple picking! That’s right! Apple Picking!

What was essentially just a 1 hour ride to the apple farm turned into over 2.5 hours because of all the traffic and several detours caused by the Car Show in Dawsonville, GA.

At least the slow drive was made fascinating by the lovely Fall colors along the way. Fall is coming along beautifully in Georgia! I am so excited! It is my favourite season of the year! 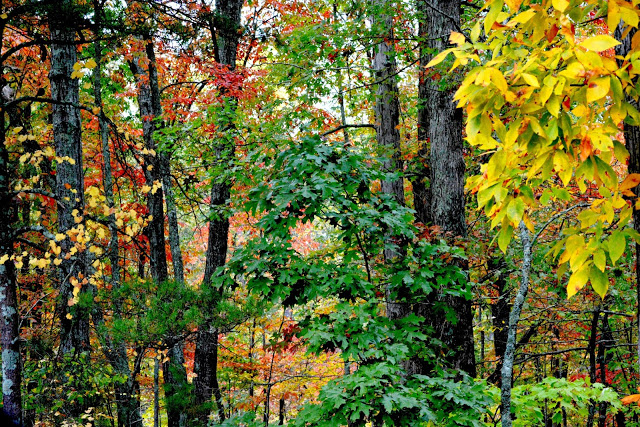 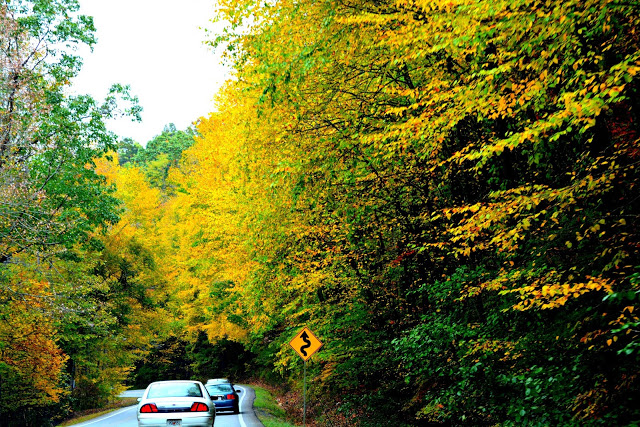 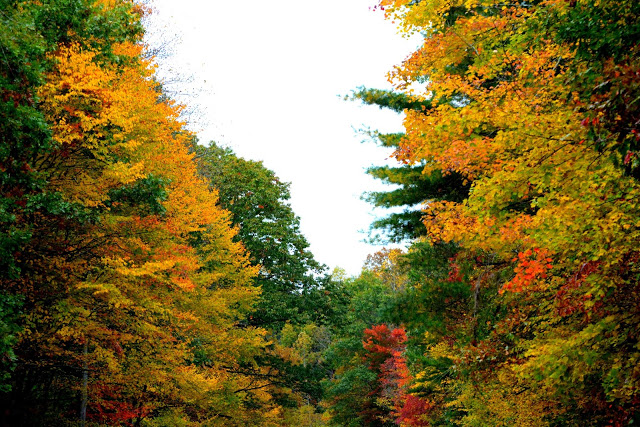 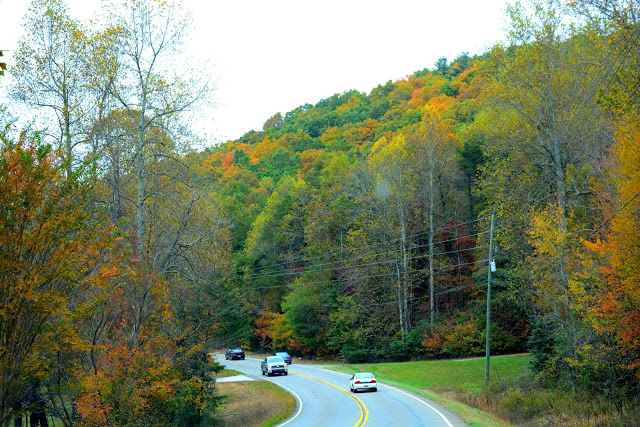 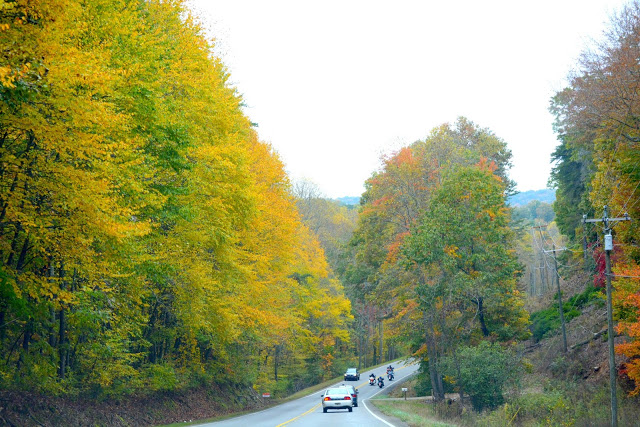 Anyway, Ellijay is full of Apple Orchard farms, and most even have fun activities for kids, like petting zoos, ziplines through the orchard, pig races, and so much more. But I wasn’t really interested in all of that. I went there for two things: Apple picking, and Fried Apple pies!

Just a note: the fried apple pie tastes much better cold, than it did when it was piping hot! The crispy, crumbly golden crust and the natural coloured apple filling inside. Yummm!

Rows and rows of apple trees lined up, it was so much fun! Kinda like hunting. Especially because there were so many other apple pickers, and I just had to walk faster and get the better apples! I discovered that I have a nasty competitive streak when it comes to food… 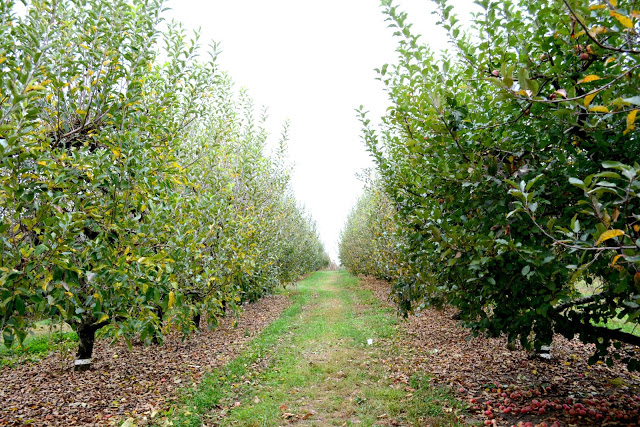 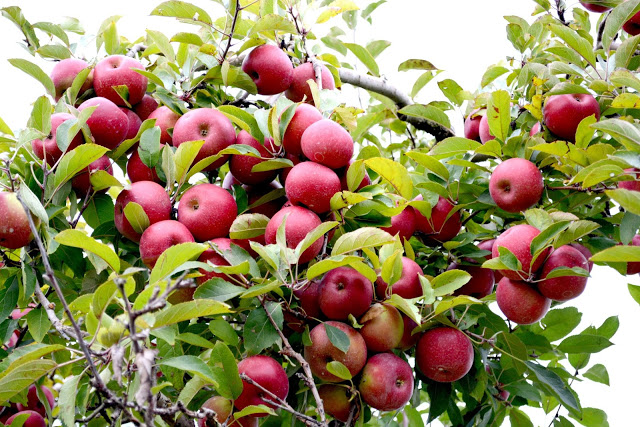 So this was my steal – about 22 fruits. Not bad huh! So right now, the Arkansas Black is ripe for harvest, and the trees were literally ‘bent’ with fruit!. We picked 9 of them. The Fuji, and Granny Smith were all gone, which is sad, because I really wanted some Granny Smith greens. There was also a lot of Rome Beauty, which were a nice deep red, but sorta tiny, probably because it was nearly end of the ‘season’ for it. Still, picked another 9 of them. The Golden delicious, which was more green than golden, probably because we went there more than a month after it was ripe for harvest, we picked 4. So in total, we picked 22 fruits in a little over an hour! 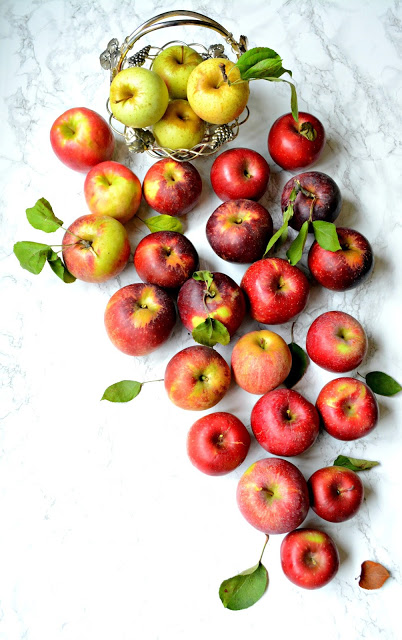 And after looking at the wax covered super-glossy apples we see at the super markets, it was refreshing to see a naturally-matte looking red apple, as designed by God.

Ever seen an apple flower? They were such a delicate white and pink. Gorgeous, isn’t she?

Here are a few notes that anyone interested in apple picking must pay attention to, before heading off to an orchard near you:

1. Pay attention to the harvest times – Each orchard farm must have a website that informs the patrons of prime times when each variety matures. For example, in Georgia, Gala apples are primed for picking mid August, Red/Golden Delicious in First week of September, Rome Beauty – Mid September, Granny Smith around the first week of October, Fuji is Mid-October and Pink Lady comes in early November.

2. Look around for fallen branches  or things you can to use to reach those apples – We went in towards the end of the day, and almost the end of apple picking season in Georgia, so the only fruits we found were up on the top branches, or hidden deep inside the trees. Early birds do get the worm. Thankfully, we found an old bucket left behind by the staff  and used it to climb up the tree.

Look at me climbing a tree for an apple! 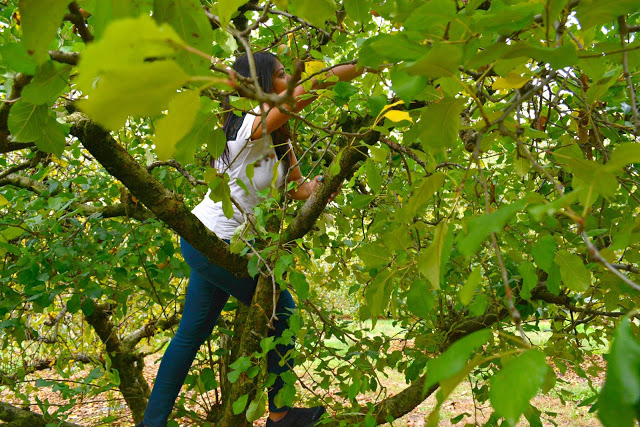 3. Wear comfortable shoes – for climbing trees and to walk the uneven mountainous terrain, which is also wet and mushy with crushed apples people accidentally stepped on.

And I suppose that the old, dead apples strewn under each tree were intentional, trying to recycle them to manure. You may want to avoid picking those for obvious sanitary reasons. 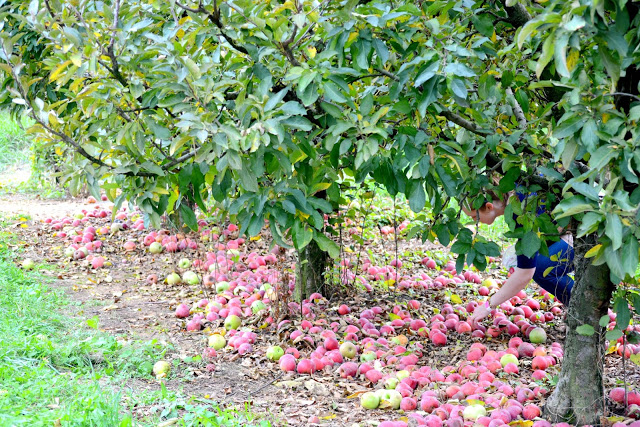 4. Buy some apples at the store too– Let’s be honest, not all of us have the ‘farmer’ instincts to pick that perfect fruit. If the farm you are visiting has a separate entry fee and a separate picking fee, and you are traveling as a group, I’d suggest that you pay picking fee for the smallest bag (1/2 peck, 1 peck, 1/2 bushel, 1 bushel are some of the sizing terms used for bags of apples), and buy the rest from the store at the farm.

The farm we went to charged a $5 entry fee for each person, and the 1 peck bag cost $11. The bag held about 22 medium to small sized apples. And while we had so much fun picking the apples, we realised that the apples sold in the store were much bigger, and the bag size was much bigger. A ‘peck’ in the store must have easily held about 30 medium-sized apples, of much superior quality, because it was picked by farmers who knew what they were doing.

Sure, they weren’t ‘just picked’ fresh, but they did have a lot more varieties (like Grany Smith and Stayman Winesap, probably from a frozen storage at the farm) at wholesale prices. It’s still got to be fresher than buying from a supermarket!

Just something to think of, when you are visiting the orchard next time.

5. Not just apples, but vegetables and cider too! – The farms also sell Pumpkins, courgettes, other seasonal vegetables grown in-house. And they are fresh, and absolutely cheap!
Peach cider, was just fantastic! They also had a good collection of Jams, Jellies, and pickles made from produce from the farm. It was fascinating! 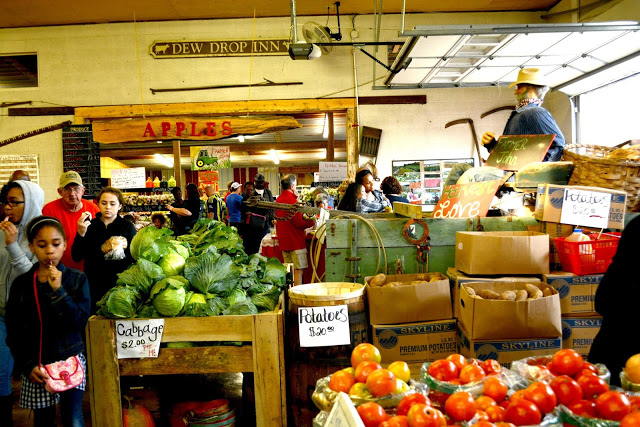 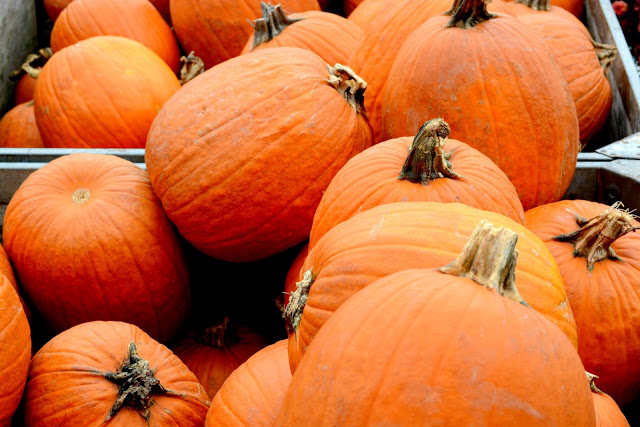 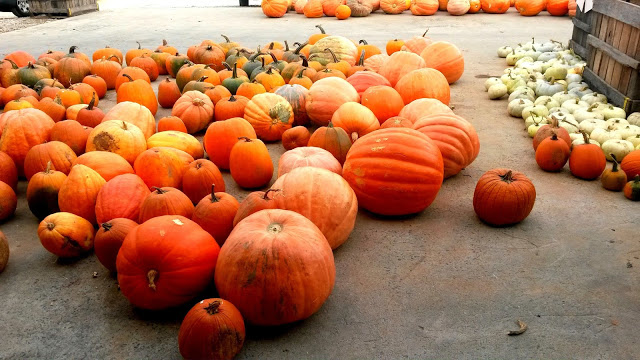 And may I direct special attention to this shelf that seemed to be sold-out – selling Frog Jam, and Traffic Jam (Whatever those are!) UPDATE: I spoke to a lady at a farmer’s market with a jam stall a few months later and found out that FROG jam is made with Figs, Raspberries, Oranges and Ginger – hence the name! 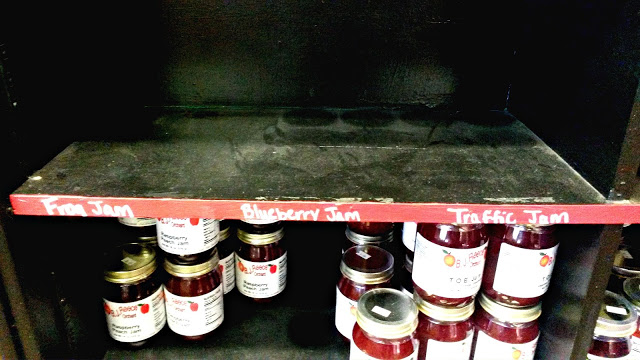 I had so much fun picking apples!

Do you know of any other fun activities like this? And I’m going to be busy next week planning on ways to use up this sudden overstock of apples in the house. Got any ideas? Let me know! Soon!