If you’ve never heard of a Biriyani (um, living under a rock, are we?), it’s rice and meat cooked with fragrant spices, assembled in layers and slow cooked to perfection. The origins of Biriyani seem varied although everyone concedes that it was a nutritious, filling, one-pot meal for soldiers of the Persian/Mughal army as they walked the conquering route. The rice and meat would be assembled into a giant pot, covered in hot coals, sealed shut and slung on a camel. By the time they made camp in the afternoon, the hot coals and the desert heat would have worked their magic and the biriyani would be ready to sate the hunger of a thousand soldiers on the march all morning!

So clearly, the concept of Biriyani was designed to feed an army and even when we attempt it at home, it’s always made in a giant pot that two kids can comfortably sit in. The bigger the better and as you prep the ingredients, you are automatically expected to have take-out containers on standby to pack away leftovers (an absolute certainty). Not anymore! You don’t have to reserve making this delicious Dum Biriyani for special occasions only, because this recipe will make enough to serve just two! No more! Although, it’s fairly easy to scale up, if you want!

And all you Vegetarians rejoice! The last time I was at an exclusive Biriyani joint, finding vegetables in the the vegetarian biriyani was something of an Easter egg hunt – one that I was loosing! Ugh and it was absolutely flavourless. No more! This Vegetarian Dum Biriyani is no slack when it comes to flavour, and stands its ground against its meaty counterparts!

Just remember, that when you pre-cook the rice in whole spices before setting the Dum, don’t fully cook it. Once the grains start to ‘curve’ like below, strain them and spread on a wide plate to cool. It will seem like a crime to pour all that flavour-infused water into the drain, but kid, the job’s done: it’s time to let it go! 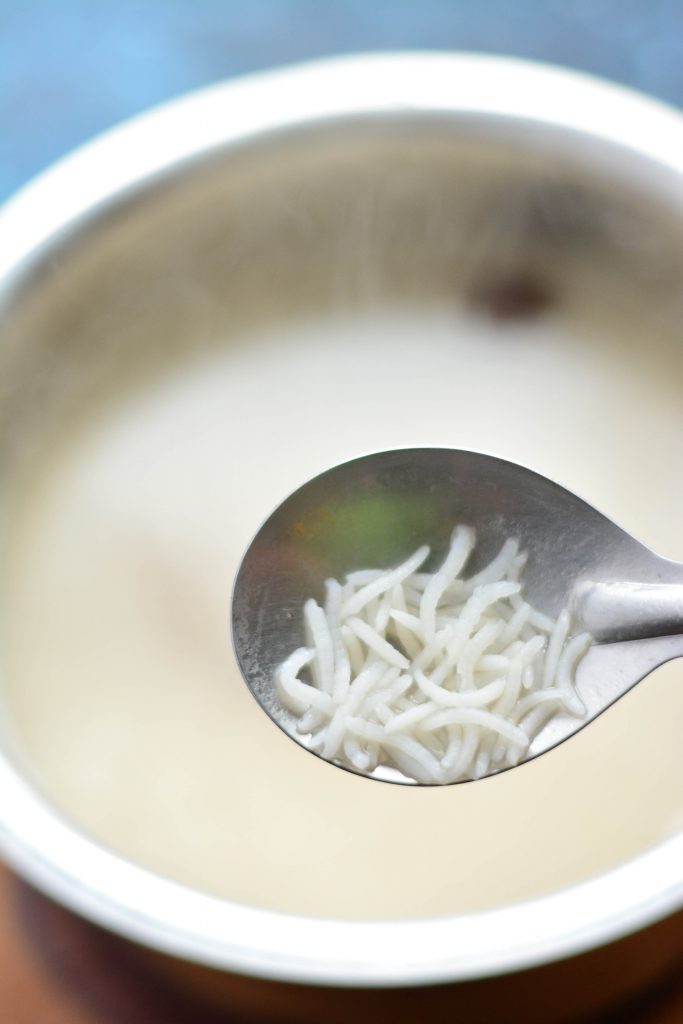 Another mandatory ingredient – fried onions. You can use the store-bough ones, but the best flavour comes from homemade. Slice up some shallots (or onions work!) and deep fry them on medium heat until golden brown. Drain on paper towels and store in an air-tight container until needed. I usually snack on leftovers shamelessly! And don’t throw away the oil. Bottle up and use in stir-fry.

Once you have all the elements prepped, get the assembly line ready. While setting the layers of rice and vegetables, you’ll be interspersing them with fried onions, lemon juice, fresh coriander and orange colored milk. Saffron colored rice among the sea of white is a signature look of the Biriyani! 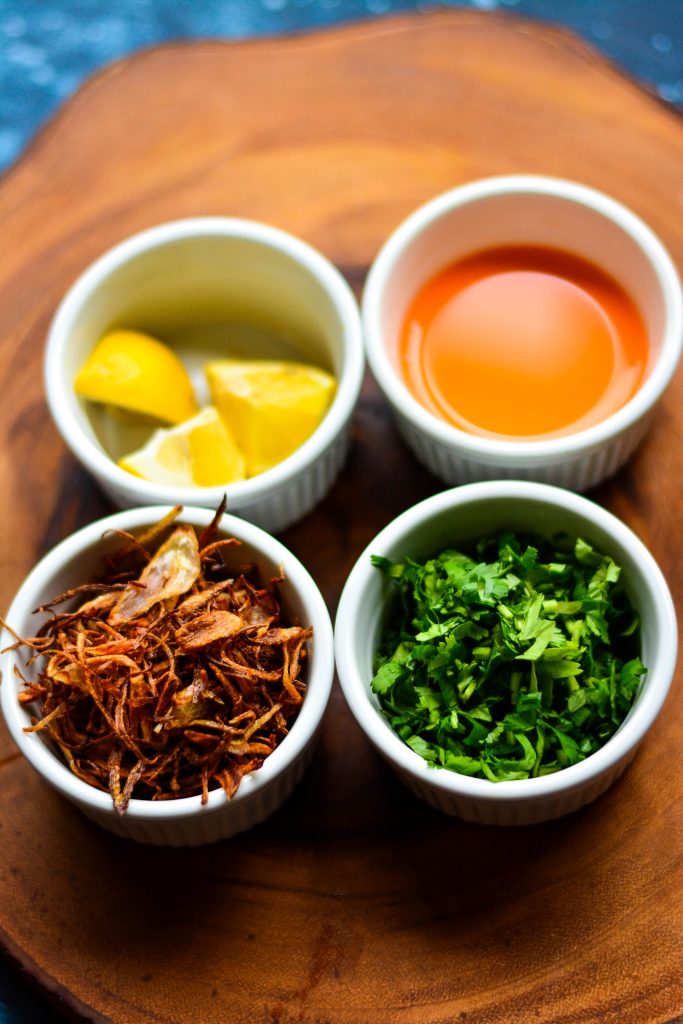 Use a heavy bottomed vessel to arrange the layers – alternating vegetables and rice interspersed with the assembly ingredients above.

Note: I found that cauliflower in the second layer did not cook as well as the ones in the bottom layer. So I think it’s safe to par-boil the ‘bulky’ vegetables before marination.

See how pretty it is? And it’s not even ready to eat yet! Now, we set the ‘dum’! 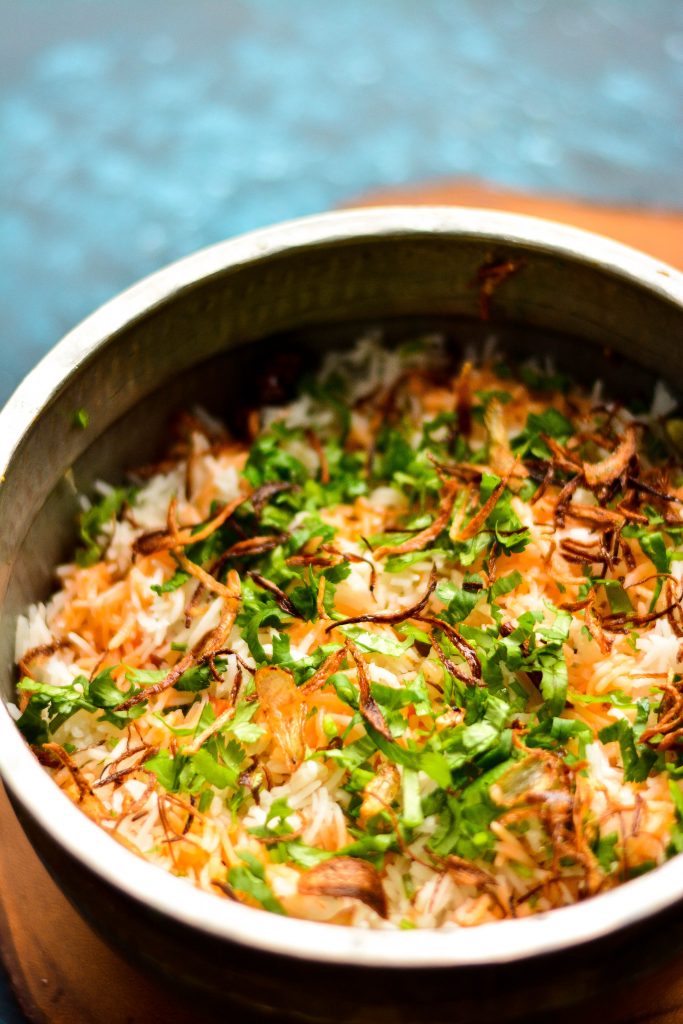 ‘Dum’ or Dum pukht is an ancient Persian cooking technique that involved cooking rice, meat and vegetables in a sealed container for several hours over very low heat. Hot coals are often added to the top for even cooking on the top as the fire cooks the bottom, and the vessel is sealed shut with dough. While you are free to do that, this makeshift method cooks the food in a sealed container sans hot coals with the same effect. A tight-fitting lid, moist muslin/kitchen towel and a stove are all you need. 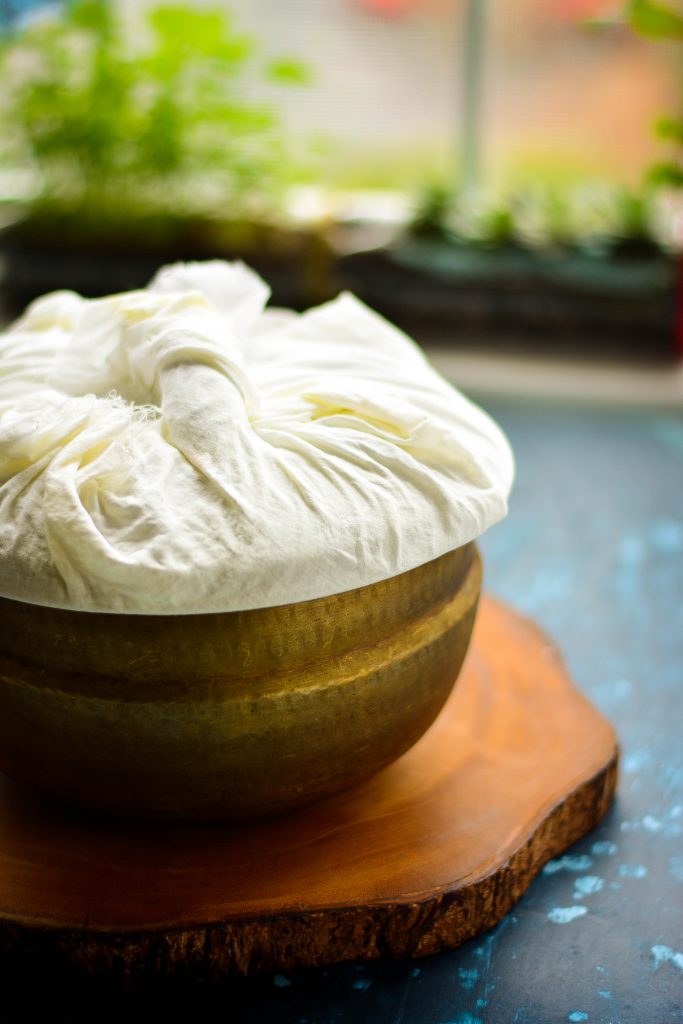 Follow the cooking times in the recipe below, starting with scalding high heat, and gradually reducing to the lowest setting. And wait for the best part. The moment when you pop off the lid and inhale the fragrance that’s been brewing beneath the seal; be sure you breathe it all in. It’s all yours, hun – you’ve earned it! And here’s a tip – Biriyani ALWAYS tastes better the next day. And you can take that to the bank!

For the vegetable marinade

For cooking the rice